Did I Just Say That Out Loud? Hell yes! 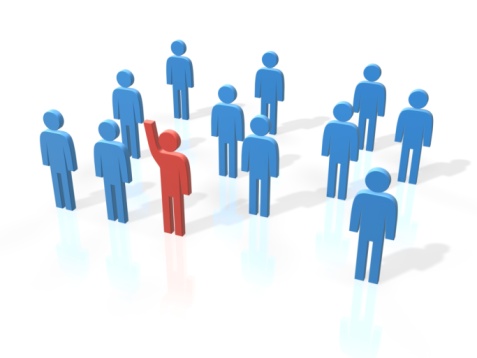 As I was leaving a meeting this morning, my friend congratulated me on winning the award for the most awkward moment of the meeting. Let me just start by saying that, first of all, I didn’t know there was such an award and second of all, I am thrilled to have finally won! I mean I clearly should have been nominated a long, long time ago. Today’s award was granted after I once again found myself sharing an opinion that many at the table were thinking, but no one was saying. And yes, my comment most certainly did create an awkward moment of silence before the meeting continued. 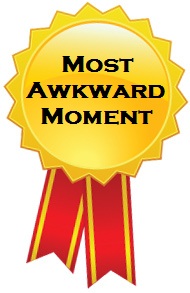 Folks that know me or have worked with me know that I’ve never been a big fan of meetings. As a certified project manager (that’s PMP to you, Mister!) I certainly understand the importance of them in certain circumstances, but I have to say that a majority of meetings are typically a gigantic waste of time. This is because a) they are full of unprepared attendees who feel the need to overcompensate for their lack of preparedness by interjecting pointless thoughts or questions, b) the meeting lacks a clear agenda and so the conversation easily moves from tangent to tangent and never actually accomplishes anything, or c) the meeting organizer is completely unprepared but refuses to reschedule or (gasp) cancel completely. But this post isn’t about meeting mechanics . . . No, this post is about the importance of speaking up.

Obviously, I’m no stranger to speaking my mind - I mean, I do have a blog, folks. I have always been one to speak up, speak out and share my honest opinion when asked . . . and sometimes when not asked. And I’ll be honest with you, it’s gotten me into trouble and even fired from a job before. But I don’t mean to scare you; those have been extreme and rare circumstances. For the most part, speaking up has actually catapulted me forward in my personal and professional life.

Case in point, when I was 28 I had the opportunity to go on a business trip and attend several presentations with the COO and the VP of Sales of the company at which I worked. At that point in my career, this was a HUGE opportunity for me and I was over the moon with excitement. During the first meeting, the COO was standing at the front of the room speaking to the heads of a certain university to whom we were proposing our services. As he went through the slides, he paused to ask the VP and me if we had anything to add. As you can probably guess, I did have something to add and went on to share my thoughts. Now keep in mind, I had never seen this presentation and had no idea what the proper etiquette was in a scenario like this, but hey, he asked, right? After I spoke, the COO turned his attention to the VP who shook his head no and added some comment about what a great job the COO had done to cover the material.

After the meeting and as we were walking back to our rental car, the COO paused, looked at me and said, “In all of the presentations I’ve given and have asked that very question to others who have accompanied me – some of them seasoned vice presidents – never has anyone spoken up and shared their thoughts.” In my mind and in that moment, I flashed forward to me filing for unemployment. Instead, he went on to say, “I was really impressed both with what you had to say and with your willingness to speak up.” You’ll be happy to know that I resisted the urge to stick my tongue out at the VP who was standing behind the COO. See? I can show restraint!

Backing up to this morning’s meeting, as I was leaving I received a few additional thoughts about my earlier comment. One in particular is what prompted me to write this post. They said, “You really shouldn’t feel so free to share your thoughts.” Funny enough, this isn’t the first time someone has told me in so many words to pipe down. Remember that VP I told you about who chose not to share his opinion? Well he also pulled me aside later that day to warn me that, while I was lucky this time, I should really keep my mouth shut during future meetings with executives. You see there are quite a few people who find it impossible to speak up, but have no problem whispering their opinions behind closed doors.  And while I can only assume the comment I received this morning was said with the best intentions, it’s comments like this that can squash momentum, innovation, and one’s spirit.  It’s true, I probably could learn to pause from time to time to find a more eloquent way to say what’s on my mind, but I most definitely will not hold my tongue when I have something meaningful to share.

Do I run around screaming like a crazy person? No. Am I that annoying person who constantly interrupts discussions to interject my own opinion? No again. I know how to read situations and I know the difference between speaking up and being a loud mouth. I’m not telling you to drop all etiquette and wreak havoc on your personal and professional relationships, I’m just telling you that you shouldn’t be afraid to follow your instincts. Speak up, speak out and for the love of Pete, don’t be afraid to be who you are. And to those who feel compelled to trample on others by telling them to pipe down? Shush, no one asked you.  (See what I did there? I crack myself up.)